a) rTMS: (Types of TMS treatment protocols) The TMS coil delivers the magnetic pulses generated by the stimulator. A single magnetic pulse is delivered while determining the Motor Threshold (magnetic pulse strength needed to cause the twitching of hand finger). 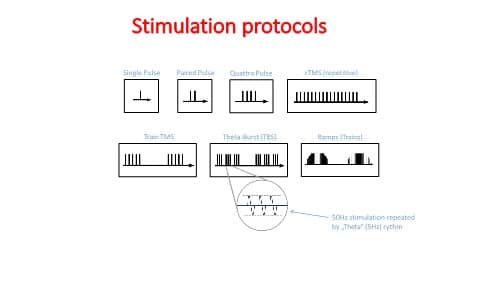 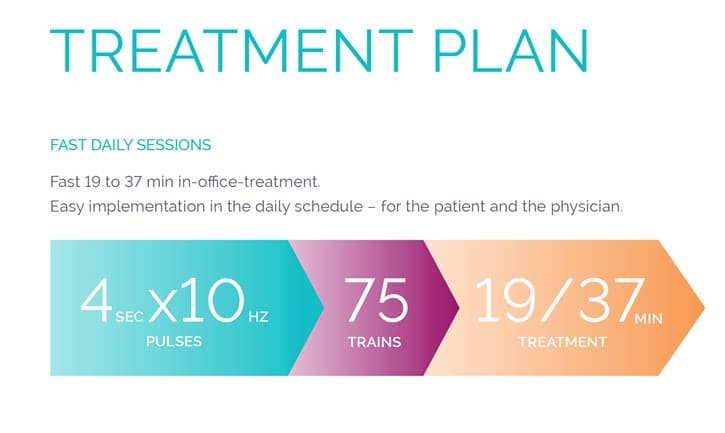 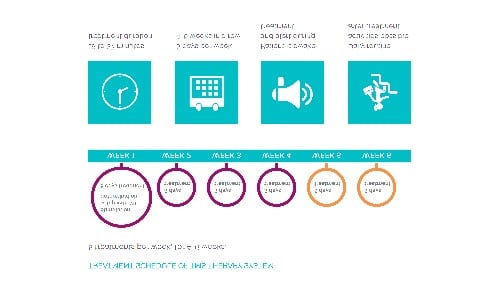 b) Theta Burst TMS (EXPRESS TMS): A newer form of rTMS protocol, known as theta‐burst stimulation (TBS), has been shown to produce similar if not greater effects on brain activity than standard rTMS. TBS protocols have a major advantage over standard rTMS approaches in their reduced administration duration. Conventional rTMS procedures last between 20 and 45 min, as compared to TBS paradigms that require 1 to 3 min of stimulation. iTBS stands for intermittent Theta Burst Stimulation and this protocol uses triplet magnetic pulse that enables faster delivery of the treatment. iTBS was cleared by FDA for the same. 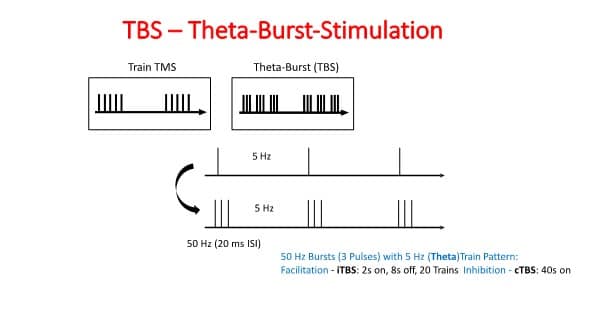 SAINT Protocol: Recent breakthrough called aTMS came from Stanford University and was published in prestigious peer- reviewed American Journal of Psychiatry in April 2020.This SAINT protocol proved the efficacy and safety of accelerated TBS for treatment of treatment resistant depression, the trial included 21 participants with TRD who received 50 sessions of TBS as 10 daily session over 5 consecutive days. Interestingly 19 out of 21 patients ( over 90 percent) met the criteria for remission, with no negative cognitive side effects. Based on 2014 study it was concluded that accelerated TBS treatment in depressed suicidal patients is safe and well tolerated and may have the potential to acutely decrease suicidal ideations.

d) TMS- NEURONAVIGATION: The neuronavigation system enables a TMS coil to be positioned over a specified target location based upon an individual’s MRI image, MRI generated 3D curvilinear reconstruction of the brain, or MNI average head model brain. 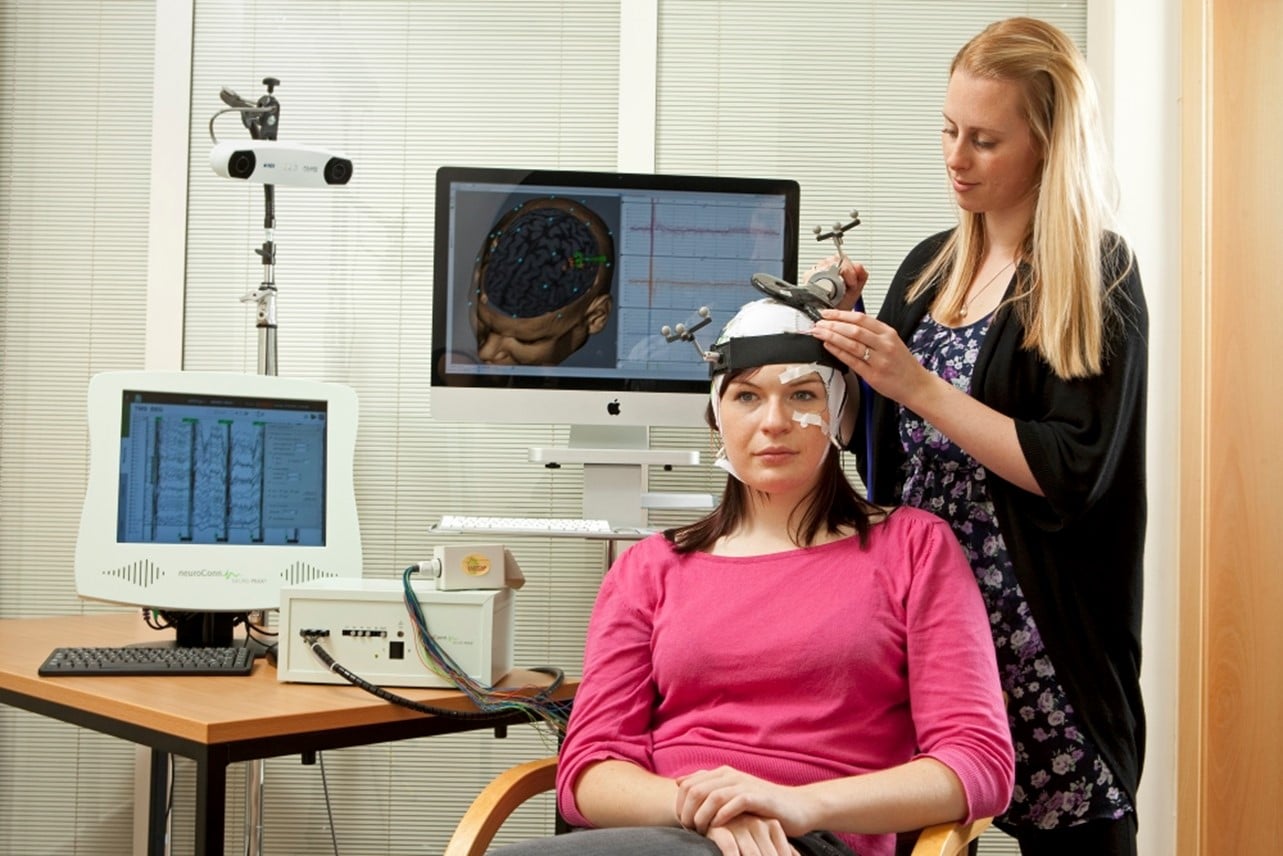 In traditional TMS studies the coil is positioned over the head using external landmarks and measurements or by trial and error until the desired response (finger twitch for example) is generated. However in recent years and with the improvement of stereotactic techniques, navigated TMS or Neuronavigation is now possible allowing the TMS coil to be navigated and positioned over a specified target location based upon an individuals MRI image or MRI generated 3D curvilinear reconstruction of the brain.